Connecting with the life of her father, Louis Armstrong | HeraldTribune …

Sharon was finally able to have a long overdue conversation with her mother, Lucille Sweets Preston about her dad, Louis Armstrong and some of her favorite memories of him.

“Tonight on Inquiry we talk with SHARON PRESTON-FOLTA, author, marketing media planner, chef and Louis Armstrong’s daughter. Sharon is his only child. But she had to keep this secret because public knowledge of her mother’s twenty year-long affair with the famous jazz musician could have ruined his career. So Sharon grew up leading a double life: rejoicing in her fathers presence and even touring with him and his band yet having to keep her father’s identity secret from friends and school mates. Sharon Preston-Folta’s memoir of her life as Armstrong’s daughter, written with Denene Millner, is titled LITTLE SATCHMO: LIVING IN THE SHADOW OF MY FATHER, LOUIS DANIEL ARMSTRONG”

FOR IMMEDIATE RELEASE:
Letters From “The Father of Jazz”
Louis Armstrong To His Mistress
And Previously Unknown Illegitimate Child
Will Be Up For Auction From Profiles in History
LOS ANGELES- November 29, 2012– Profiles in History, run by Joe Maddalena, will auction a collection of personal letters from legendary entertainer Louis Armstrong to his longtime mistress and lovechild, offered in its December 15th/16th “Drama, Action, Romance-The Hollywood Auction”.

Dated from 1946-1968, the collection includes (13) Armstrong personal letters and postcards, written to Lucille “Sweets” Preston and Sharon, Armstrong’s only biological child. Armstrong was friends with Preston and her husband, fellow opening act entertainer Luther “Slim” Preston, who passed away in 1950. Soon after Armstrong and Lucille began a relationship and their daughter Sharon was born in 1954. The relationship continued until Armstrong’s death in 1971. Armstrong’s wife, also named Lucille, never publicly acknowledged Sharon’s existence.

There are (5) handwritten letters totaling 27 pages; (4) typed signed letters totaling 10 pages; (4) handwritten postcards and a single 8 x 10 in. photograph signed “Satchmo” and “Louis Armstrong,” inscribed to “Mother Sweets Baby Sharon To My Darlings whom I Love.”  In addition, an original private audio reel, approx. 15 minutes in length, is included (with digitally converted CD) being a recording from May 28 1959 when Louis was in Berlin. On the tape Armstrong sings “Uncle Satchmo’s Lullaby” with 12-year-old German singer Gabriele.

Armstrong’s letters express his love, care and lust – all laced with his incredible trademark humor. Some of the colorful racial and sexual language are definitely not for the meek of heart! This is an unprecedented and never-before-offered collection consigned directly from Louis Armstrong’s daughter, Sharon. The lot is estimated at $60,000 – $80,000.

ABOUT PROFILES IN HISTORY
Founded in 1985 by Joseph Maddalena, Profiles in History is the world’s largest auctioneer & dealer of original Hollywood Memorabilia, historical autographs, letters, documents, vintage signed photographs and manuscripts. Born into a family of antiques dealers in Rhode Island, Joseph “Joe” Maddalena learned early on how to turn his passion of collecting historical autographs into a career. Upon graduation from Pepperdine, Joe pursued his passion to become a full-time dealer of historical documents, and opened his first office in 1985. Profiles in History has held some of the most prestigious and successful auctions of Hollywood memorabilia and own virtually every Guinness Book record for prices of original screen-used memorabilia.  Highlights from their previous auctions include the “Cowardly Lion” costume from The Wizard of Oz ($805,000); Steve McQueen’s “Michael Delaney” racing suit from Le Mans  ($960,000); From the history-making Debbie Reynolds Auction in June 2011, Profiles in History sold the Marilyn Monroe “Subway” Dress from The Seven Year Itch for $5.52M and the Audrey Hepburn Ascot Dress from My Fair Lady for $4.44M. In February 2012, Profiles in History arranged the sale of a pair of Judy Garland screen-used Ruby Slippers from The Wizard of Oz  to the Academy of Motion Picture Arts & Sciences. In addition, Joe Maddalena is the star of Hollywood Treasure, which just ended its second season on Syfy.  Hollywood Treasure takes viewers into the fascinating world of showbiz and pop culture memorabilia. For more information visit www.profilesinhistory.com 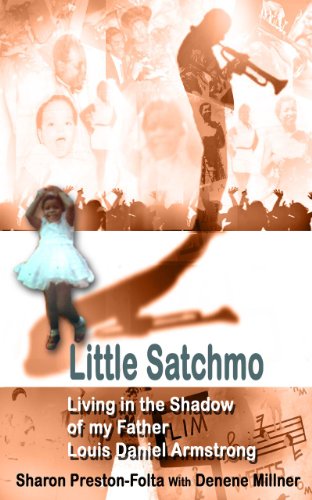